Beta
This is our new site - we’re still working on it. Help us improve it.

Look around you and count the number of electronic gadgets your family owns. Now are you surprised that India is currently the third largest producer of electronic waste, generating an estimated 30 lakh tonnes of it? However, less than 2% of this e-waste is responsibly recycled through formal channels. For most of us, old or dead electronic products are just scrap to be palmed off to a kabadiwala, but for Pranshu Singhal, founder of Karo Sambhav, it is a calling.Set up in 2017, Karo Sambhav – or ‘Make Possible’ – is India's leading Producer Responsibility Organisation (PRO) dedicated to managing e-waste more responsibly. In the past three years, the PRO has successfully collected and sent over 13,000 MTs of e-waste for responsible recycling. So what got Singhal thinking about scrap and what to do with it when most people are busy mindlessly clogging up the landfills?“My journey in the e-waste space began with my education in environmental engineering, but solving systemic problems has fascinated me from an early age,” says Singhal.

His stint with the environment management division of the Confederation of Indian Industry further honed his interest, giving him a chance to understand issues at an industry level and work towards systemic solutions. While doing his Masters at Sweden’s International Institute for Industrial Environmental Economics, Singhal studied under Prof Thomas Lindquist, who had coined the term Extended Producer Responsibility (EPR). And that defined his future career trajectory. “Since 2003, post IIIEE, I have been working on product-related design and policies, creating systems which solve life cycle environmental issues at a product level,” he explains, adding that most of his work has been on “making consumption patterns sustainable in some ways”. Before starting Karo Sambhav, Singhal worked with Nokia and Microsoft.According to him, his biggest learning at Nokia was how a small change done from a design perspective – instead of focusing on end-of-life solutions all the time – can change systems globally. He was astonished to learn how something as simple as changing the amount of copper being put in chargers to reduce its environmental impact could have significant ramifications globally. “Another thing Nokia managed fantastically was creating ecosystems for collection of electronic waste globally. So developing and nurturing ecosystems was another big learning for me,” he adds.These are all learnings that Singhal has leveraged on and introduced through his PRO. According to him, Karo Sambhav’s raison d’etre was that although the Indian government introduced a landmark change by applying the EPR principle to electronics in 2012, until 2016-17 there was no action on the industry side. “So we figured that if we can bring in early success with Karo Sambhav, the government would get confidence and the stakeholders would start believing in EPR and what it can enable,” he says.

By early success, he was not gunning for transformative change in the first year, but “if we could have some people standing up to say this is doable and we can do it, it would give enough confidence for the system to move forwards”.He has already succeeded in this early objective. When the e-waste regulation came into being, everyone questioned the need for EPR, alleging everything from increased costs and time-to-market to reducing competitive advantage. “But three years into our crusade with Karo Sambhav, that dialogue has moved from ‘why’ to ‘how’ – how can we do it – and that attitudinal shift is the biggest change,” says Singhal. The next challenge before him is driving this maturity at an exponential rate here on, rather than the organic growth we’ve been experiencing so far.

According to him, India does not have the flexibility of time to drive maturity. “This is the decade of action, else we may hit the point of no return,” he says, adding that Karo Sambhav is convinced that the next 5-7 years are super critical to solving the e-waste problem and “we will do whatever it takes to bring a solution which works at scale”.
To that end, Singhal has a three-point action agenda already underway. “The first bucket is creating collection systems or channels, juxtaposed with inspiring people to recycle more,” he says. The collection systems – which would ideally make it easy for people to recycle and gradually make it an ingrained habit – would include working with industry, urban local bodies, civil society organisations and especially the informal sector in a significant way.
“The majority of the waste today, whether it is electronics or plastics or anything else, is handled – or rather mishandled – by the informal sector so creating a better context for them is very important to solving this problem at scale,” he adds. For instance, wires are just burnt in open air so that copper or other metals can be extracted. Printed circuit boards are dipped in cyanide based acid baths for extraction of the embedded precious metals and then they are burnt off, adding to pollution.

‍
The second bucket, according to him, is developing a recycling system, not just limited to e-waste but all other waste categories. What happens once waste is collected? Can there be systems where it can be sorted and managed locally? How can we create better infrastructure as well as transparent ways and means to recycle – not the black boxes that we have currently? These are questions Karo Sambhav hopes to answer.

Lastly, the focus is on efficiently utilising materials that come in post recycling. According to Singhal, this utilisation of secondary materials is a very critical value chain, which is in early stages of being set up in the country. “These three buckets are crucial to the closure of material loops and our focus in this decade is to create and enable platforms so that all these things can start functioning and yield desired results,” he says.
Is there anything we all can do at an individual level to tackle the e-waste problem? Absolutely, says Singhal, and it’s as simple as making sound choices when it comes to purchasing products and their end-of-life disposal.
Ask yourself: Do I really need this product? If I must buy it, instead of products that have a higher environmental footprint, are there any options with smarter packaging or those that consume lesser energy? As he puts it, “at the end of the day it is consumption which drives changes in production, so if we can make changes in the way people consume, utilise and dispose off their products, we can make a change in how things are produced and manufactured.”
Singhal gives the example of Finland, where he saw people making such conscious decisions at a society level on a daily basis. This, he explains, was something ingrained in the people and it happened because of sustained efforts to educate them and create awareness. So if we can first focus on bringing such consciousness to decision-making in India, we will hopefully see the point of inflection. “It is important to talk about this mindfulness and drive conversations because with conversations comes a context and that, in turn, drives changes at the grassroots level.”
Although Karo Sambhav is now driving a big amount of e-waste, Singhal says that the PRO aspires to help close material loops for multiple product categories. “Electronics happened to be the first one because that is where regulations first came in India, which made it viable to start activities in that space. But we have now also started our activities in plastic waste management and battery waste management,” he says. 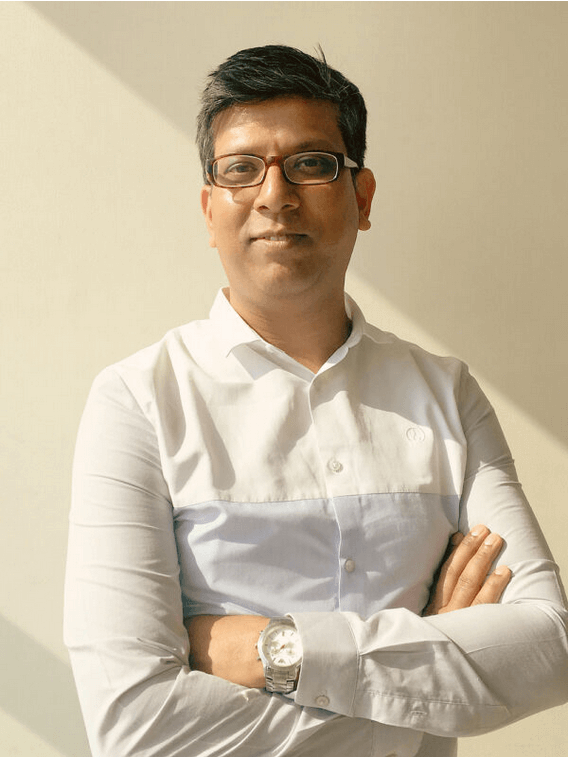 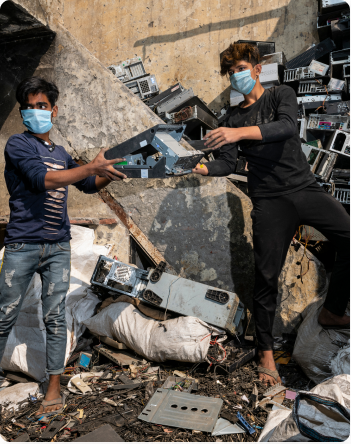 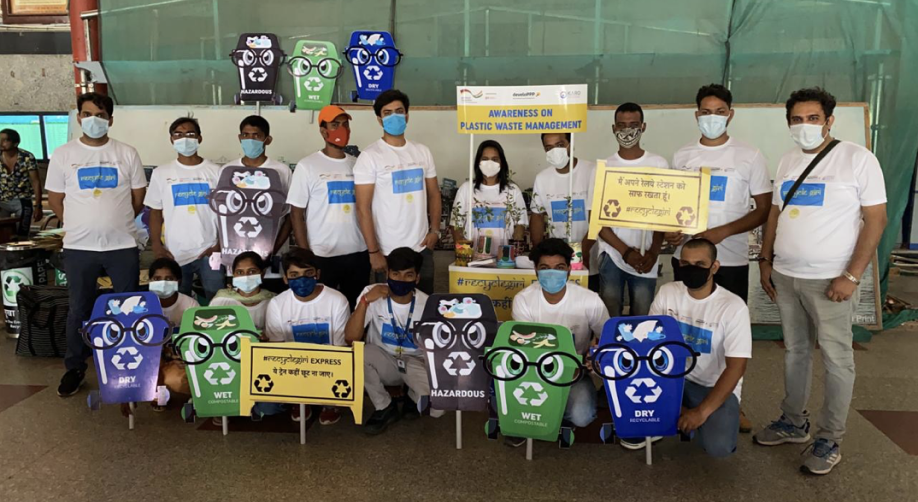 This World Environment Day we are experiencing nature in forms which we considered impossible just three months back. 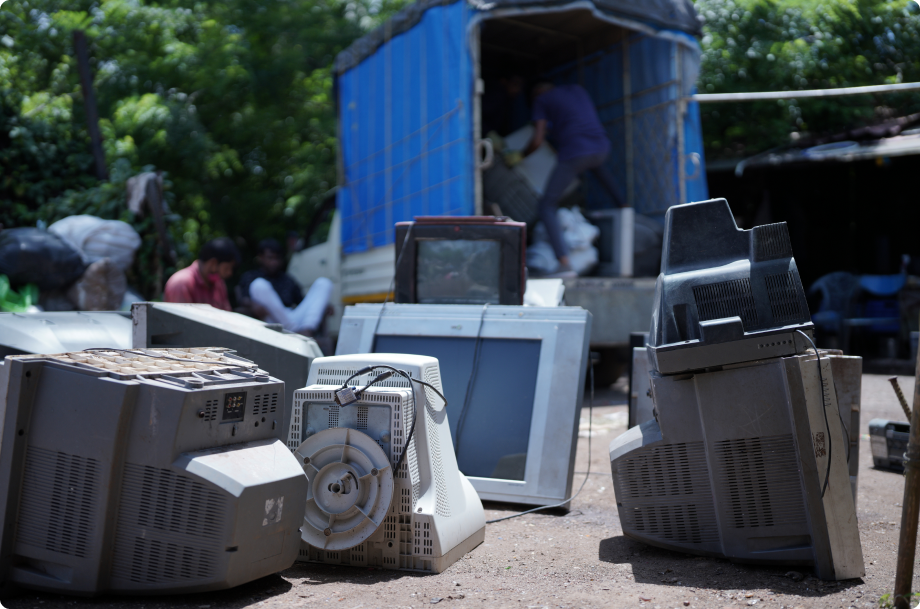 Your IT assets, especially your hardware, have limited lifespans.

get involved with the #karosambhav movement